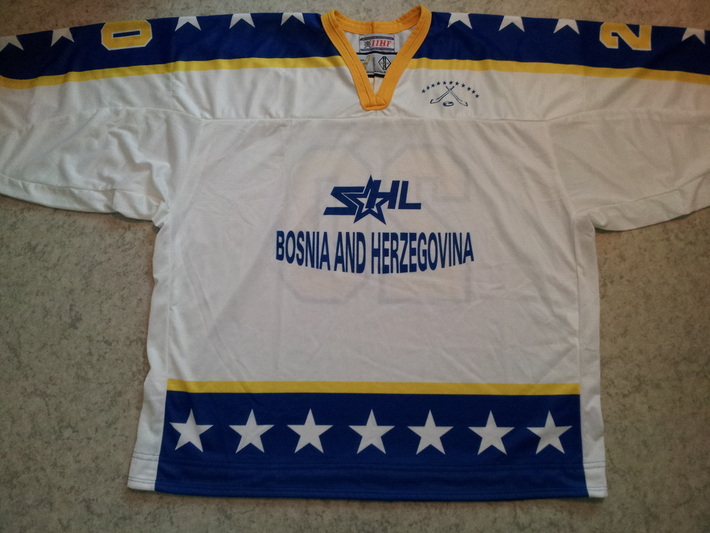 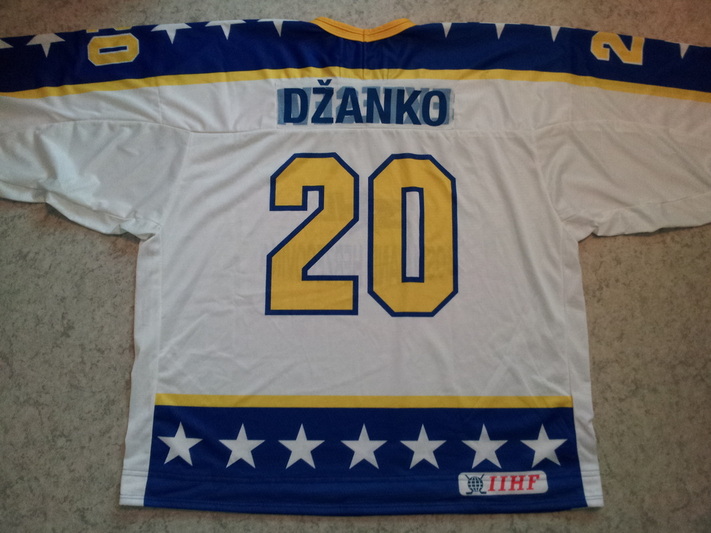 This very rare and sweet team Bosnia & Herzegovina ice hockey national team bench worn jersey was worn by U-18 national team goalkeeper Faruk Dzanko during the 2005 U-18 DIV III Qualifying tournament in Ankara, Turkey. Dzanko was a back up goalie in games against Armenia (W 12-3) and Turkey (L 3-6). Bosnia-Herzegovina used the white jerseys against Turkey.

The jersey has light wear and it's made by Tackla.
Return to IIHF jerseys A-D