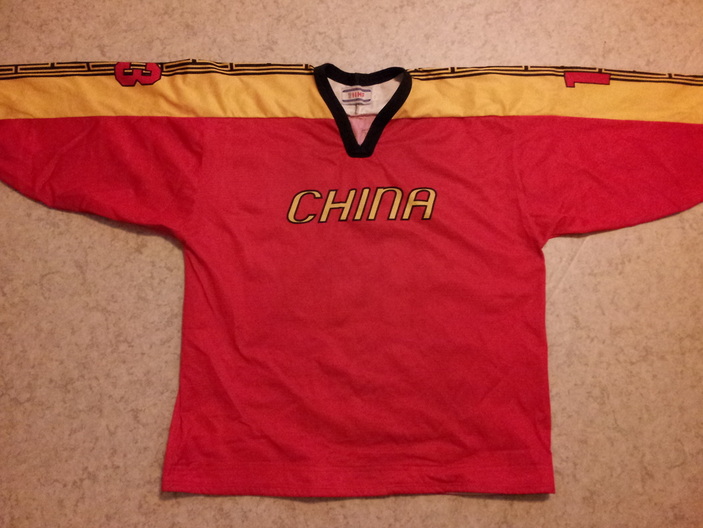 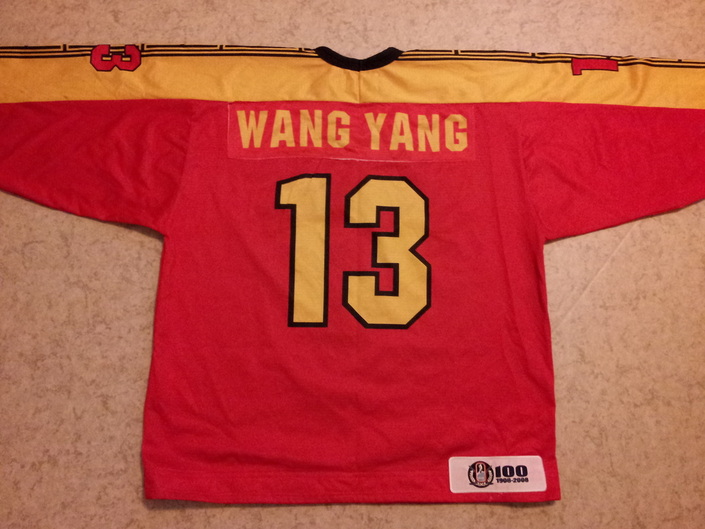 This rare team China ice hockey national team game worn jersey was worn by defenceman Yang Wang in 2008 Division II World Championships in Newcastle, Australia. Apart from representing China in 2000 U-18 Asian Championships, this was the only tournament he played in senior national team. He scored respectable 2 goals and 1 assist in 5 games in the tournament.

The red jerseys were used only against Iceland (W 5-4 SO). Wang got 1 assist in the game. All other games China played using the white jerseys. China lost only to host Australia 0-1 and finished 2nd in the tournament.

The jersey has quite good wear here and there. The nameplate and the IIHF 100-years patch are sewn, all other numbers and cresting are sublimated. It's made by Tackla.
Return to IIHF jerseys A-D