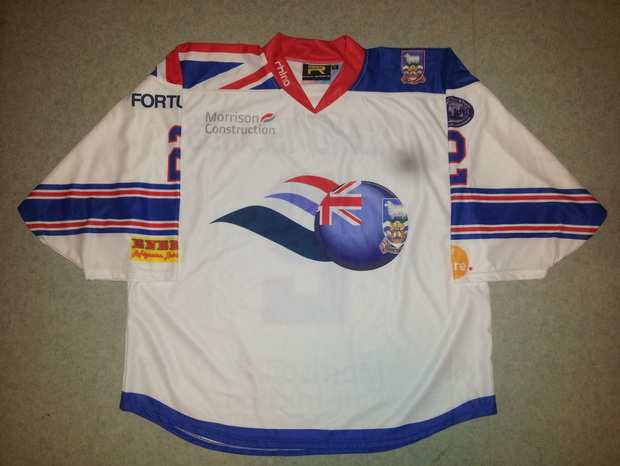 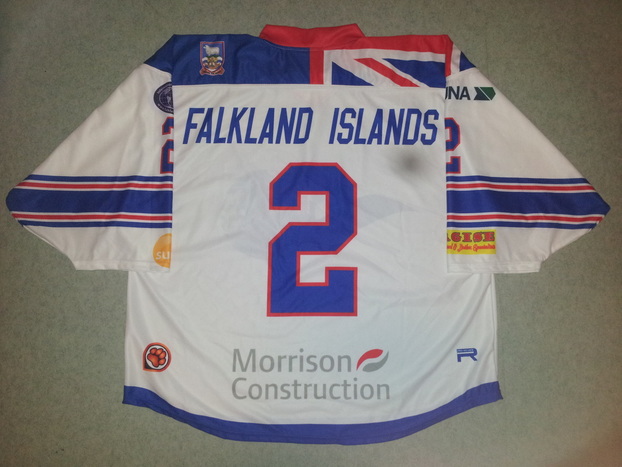 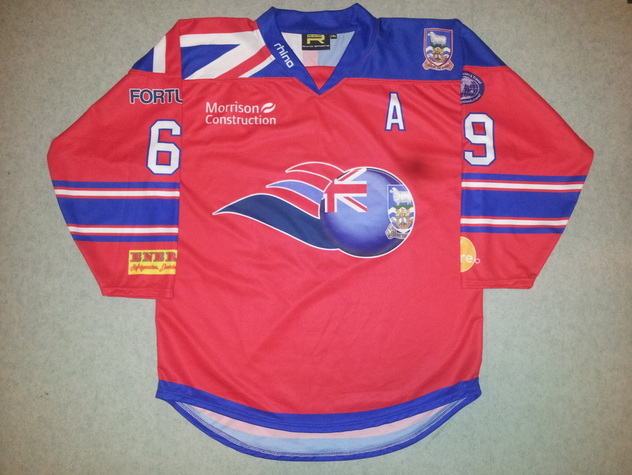 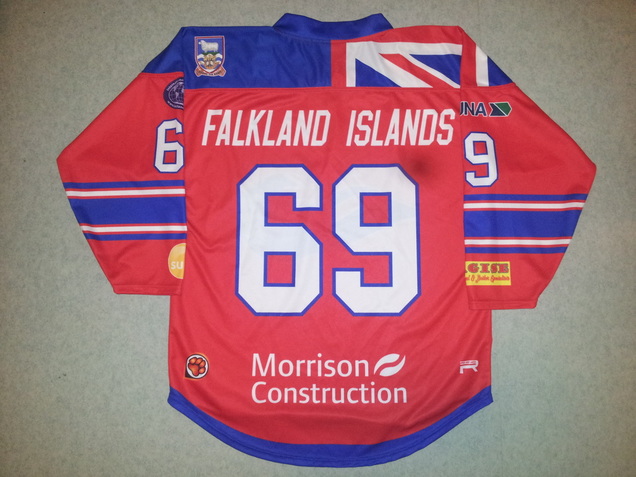 These jerseys are from the smallest ice hockey nation in the world, less than 3000 inhabitant Falkland Islands. The white jersey was used in pre-game warm ups by goalie Ruben Diaz at 2015 Copa Invernada in Punta Arenas in Chile. The tournament is the southernmost ice hockey tournament in the world and it was the first time Falkland Islands participated in the tournament. The red jersey was used by the team's joint best point scorer Jonathan Nicholson who scored 18 points in 4 games.

The jerseys are all sublimated and were obtained directly from Falkland Islands.
Return to IIHF jerseys E-H