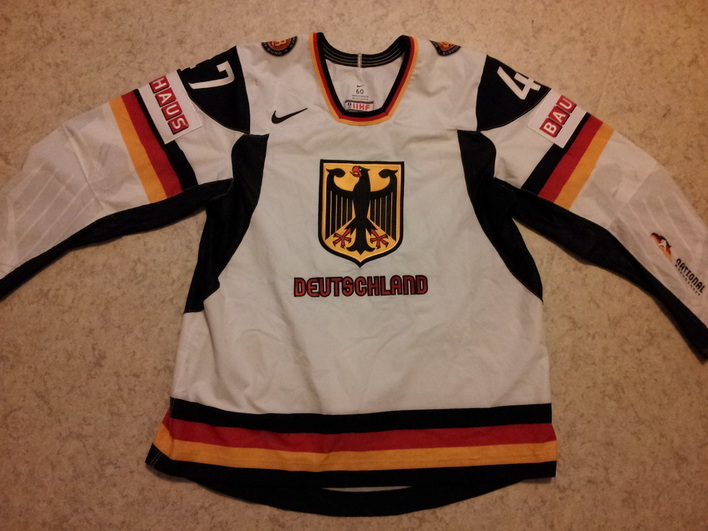 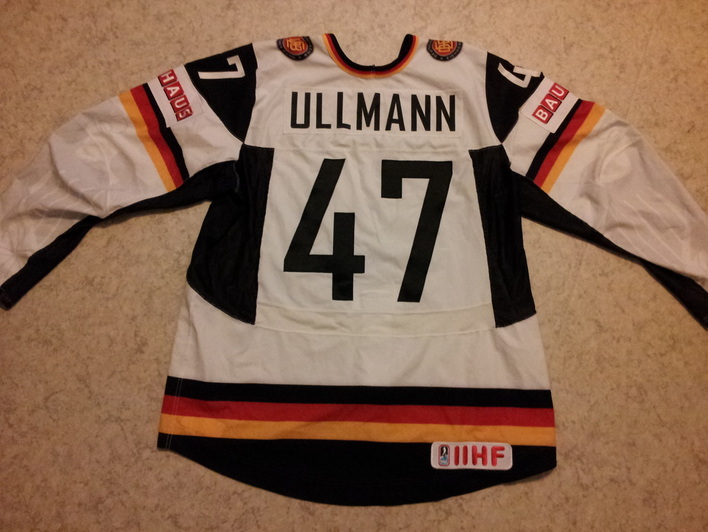 This beautiful team Germany ice hockey national team game worn jersey was worn by forward Christoph Ullmann in 2012 World Championships in Finland and Sweden. Germany played their all games in Stockholm and couldn't make it to the quarter finals. Germany finished 6th in their group and it included a humiliating 3-12 loss against Norway.

Ullmann represented German senior national team for the first time in season 2003-04 and since then he has played every year for the German national team except the 2005 World Championships.

The jersey has good overall wear in the sleeves. I managed to find a photo match of the red stripe from the boards which can be seen above the Nike logo on the right side of the shoulder number.

The numbers, front crest, IIHF patch, Bauhaus -sponsor patches are sewn. The German Ice Hockey Federation patches on the shoulders and the eagle crest on the sleeves are sublimated. The name plate is sewn and the individual letters are heat pressed. There are mesh in the arms and armpit and horizontally under the number in the back. The jersey is made by Nike.
Return to IIHF jerseys E-H