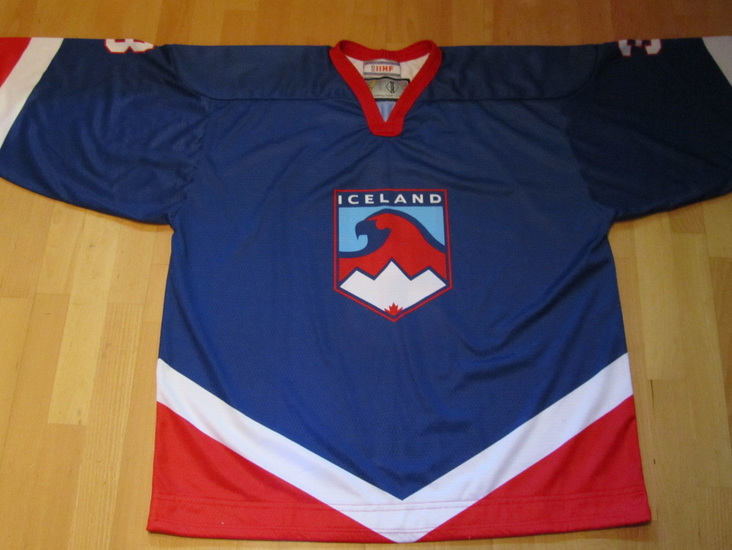 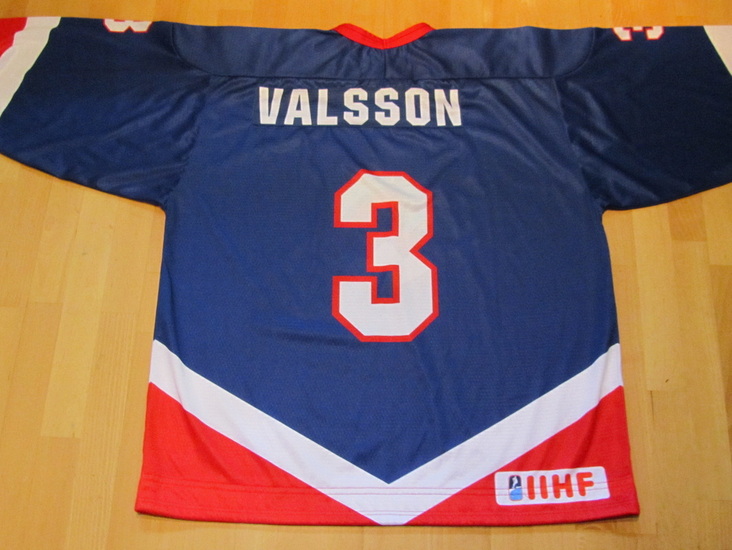 This beautiful team Iceland ice hockey national team game worn jersey was worn by defenceman Kari Valsson in 2007 Division II World Championships in South Korea. The tournament was played with only 5 teams when North Korea withdrew their team's participation. Iceland wore the blue jerseys only against Australia (L 3-5). This was the only senior World Championship tournament Valsson participated.

On previous year 2006 he played for Iceland U-20 team in Division III in Lithuania. Iceland took their ice hockey history's greatest victory when they humiliated Armenia with astonishing final score 50-0. Valsson was the only Icelandic player who didn't score a point in the game. He got +14 in +/- rating although.

The nameplate is sewn with individual letters sublimated onto it. The IIHF patch, numbers and front crest are sublimated. The jersey is made by Tackla. 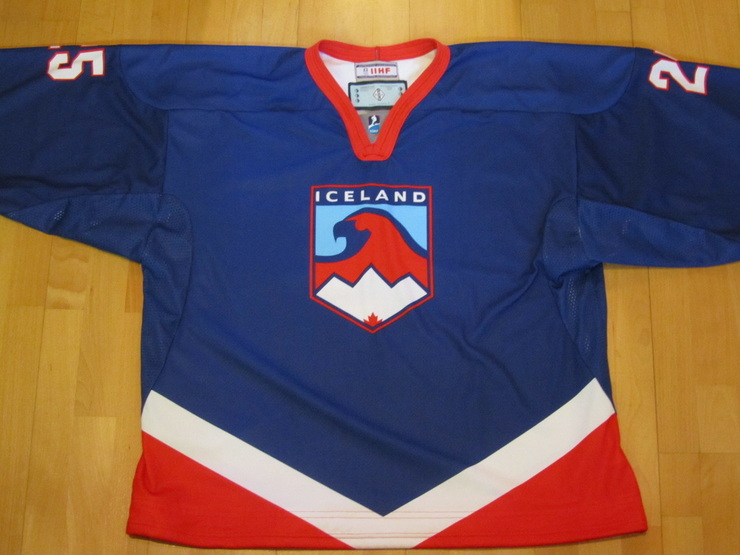 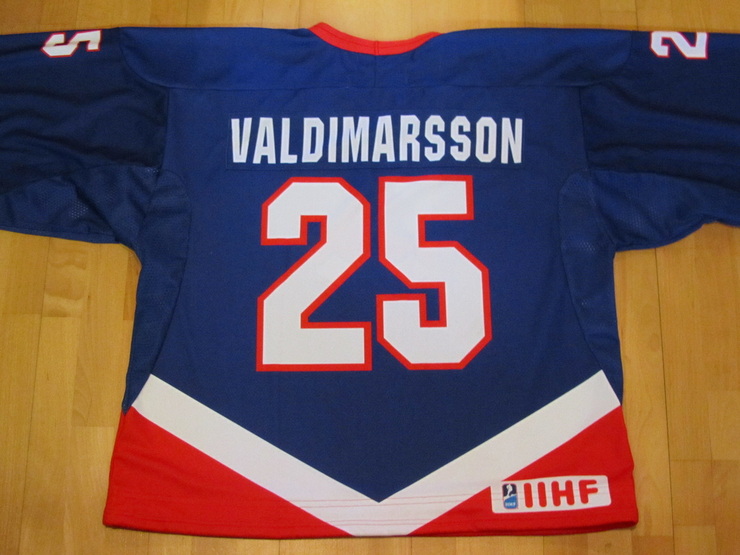 This team Iceland jersey is game issued jersey for goalkeeper Atli Valdimarsson. The jersey was issued to him for 2011 U18 Division III World Championships in Mexico. He wasn't selected for the final roster. Everything on the jersey is sublimated. The nameplate is sewn with individual letters sublimated onto it. The jersey is made by Tackla.