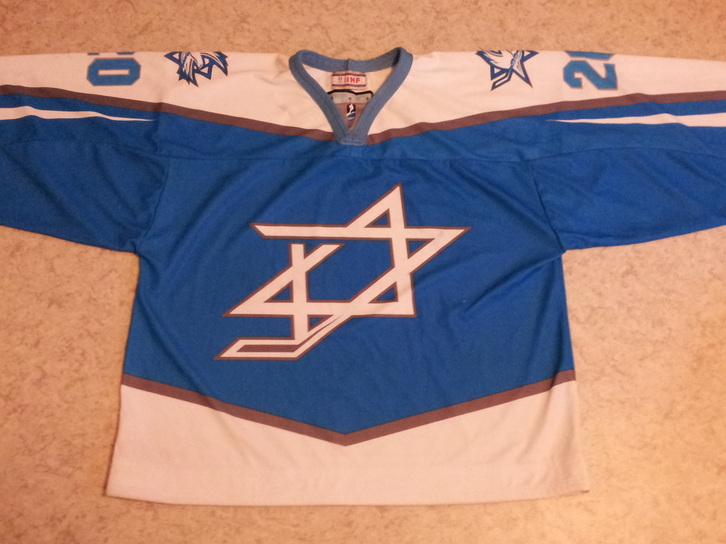 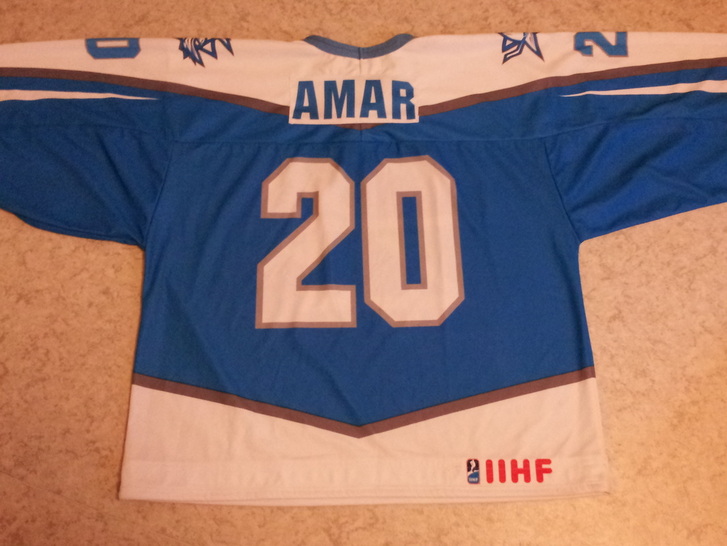 This beautiful team Israel national team game worn jersey was used by goalkeeper Dan Amar in 2011 Div III U-18 World Championships in Mexico City, Mexico. The jersey was used only in Israel's opening game against the host Mexico. Israel lost the game 3-7 and what is remarkable is the amount of puck marks near the neck area, nearly half a dozen. He played all 4 games and his SVS% was modest 81,4. Besides loss to Mexico, Israel lost to Iceland 12-0 and South Africa 3-2. Israel got the only victory over Ireland 12-2.

The nameplate is sewn with individual letters sublimated. The numbers, front and shoulder crests and the IIHF patch are sublimated. The jersey is made by Tackla.
Return to IIHF jerseys I-L