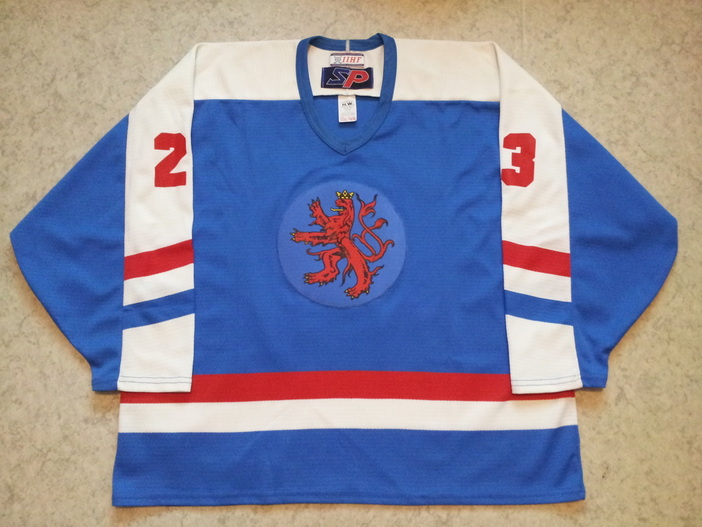 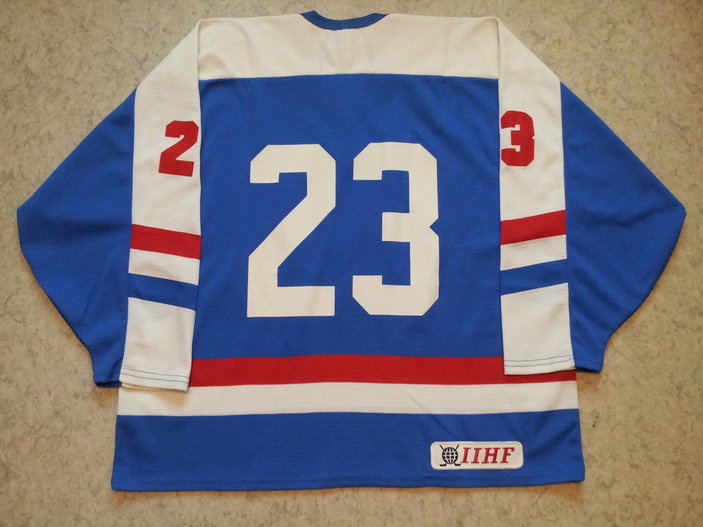 This is a game issued jersey of Luxembourg ice hockey national team. It's part of the set made by SP for season 2001-02. That was the only season Luxembourg used jerseys made by SP. The front crest and the IIHF patch are sewn. The numbers are heat pressed.

I got this jersey after the 2009 Div III WC in New Zealand when I contacted one Luxembourg player. He forwarded the message to a member of coaching staff and he said he could arrange me a jersey. In the next autumn I received this jersey and this was the first game jersey in my collection. 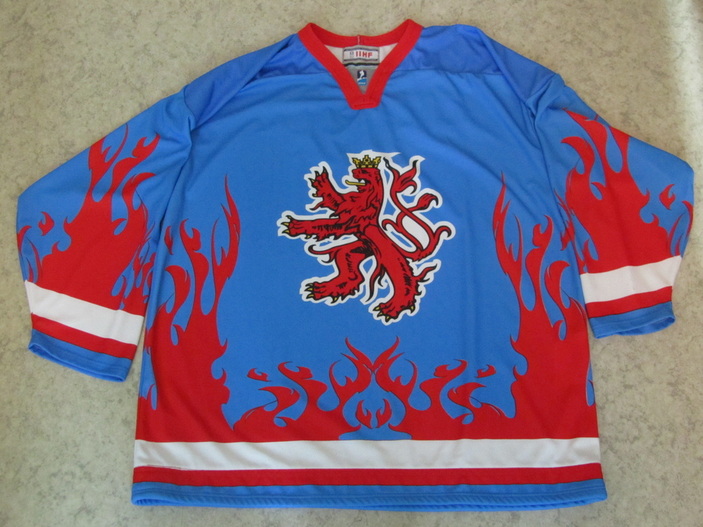 This is a game worn jersey of Luxembourg national team. It has been worn in 2011 Division III WC in Cape Town, South Africa.This is the jersey which gave me the desire for national team game worn jerseys.While I was watching the 2009 Division III WC tournament in New Zealand, I noticed this very beautiful design of team Luxembourg jersey and I thought it would be awesome to own such a rare and cool-looking jersey. It took over 3 years until I got the possibility to get this masterpiece of jersey design into my collection.

Both jerseys were obtained from a private collector from Luxembourg. 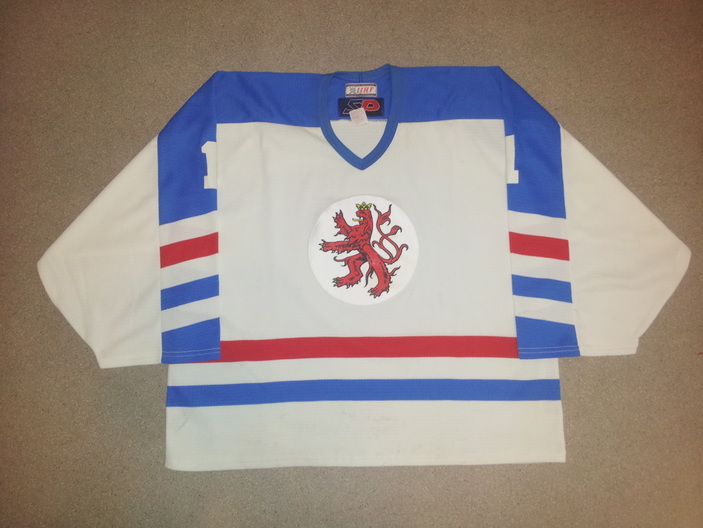 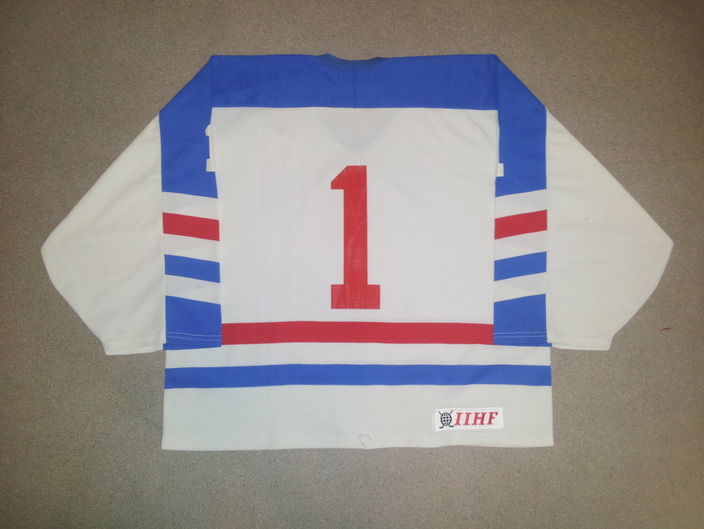 This is one of my long time wanted goalie jersey, Luxembourg national team game worn jersey used by veteran goalie Michel Welter in 2002 Division 2 World Championships, apparently the only tournament in which Luxembourg used SP made jerseys. Welter played all 5 games and his SV% was 78,6. Luxembourg lost all of their games and were relegated to Division 3, including 0-20 loss to Lithuania, 0-13 loss to the host team Yugoslavia and 2-17 loss to Bulgaria.

Since then he has been a regular part of team Luxembourg and has represented his native country in 3 U18 events, 2 U20 events and in 13 men's World Championships, missing only 3 of them. Welter has been a very exceptional Luxembourgish hockey player in a sense that he has played many seasons in Finland in 3rd and 4th tiers, Suomi-Sarja and II-divisioona, speaking with the real names of the leagues.

In Finland he represented TuusKi, LLuja and VT-HT. After his last stint in Finland 2005-06 he returned to Luxembourg and has since played two seasons in Belgium and later in lowere divisions in France and Germany with his Luxembourg club teams Tornado Luxembourg and IHC Beaufort.

The jersey was originally sold in Classic Auctions and has had two previous owners before it found its way to my vault. It doesn't have many puck marks or signs of game wear on it which suggests it might have been worn only in one game. The lion crest and the IIHF patch are sewn onto the jersey and the numbers are heat pressed. There are no signs of removed name plate so there haven't been one in the first place.
Return to IIHF jerseys I-L