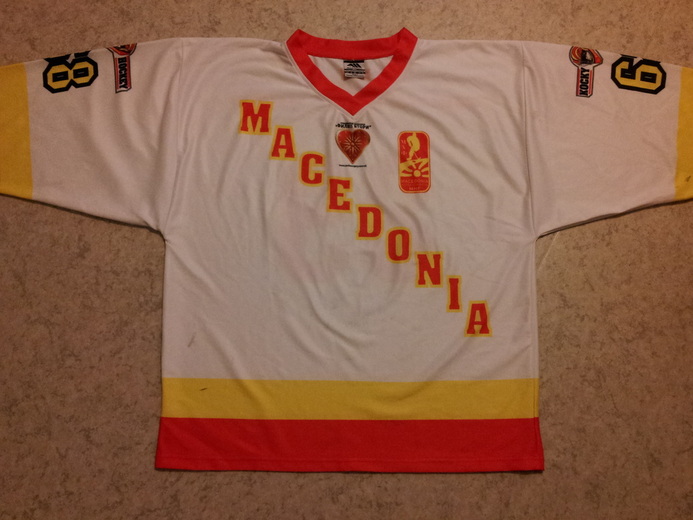 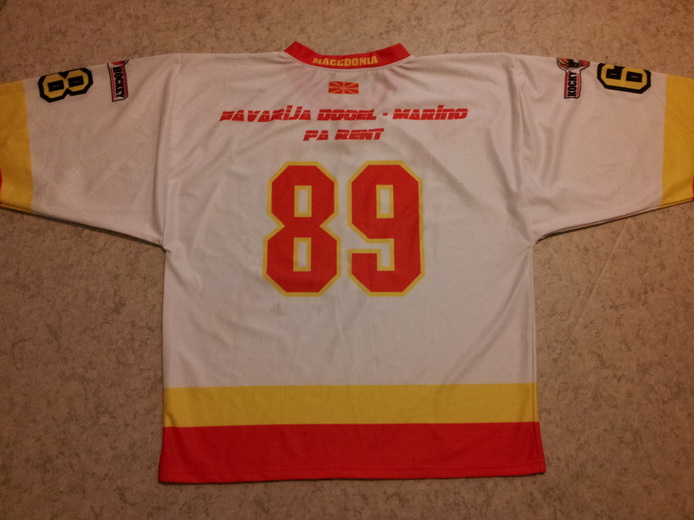 This very rare game worn Macedonian jersey has been worn in season 2012-13. It was used by the men's in-line hockey national team in In-Line World Championship European qualifications in Bulgaria autumn 2012. It has also been used in IIHF-BIHU (Balkan Ice Hockey Union) U-18 ice hockey development camp in Turkey 29.8-1.9.2012.

There are some puck marks in this all sublimated jersey. The most noticeable details in this jersey are that despite it's size XXL, the sleeves are quite short. You can see as well, that the numbers in sleeves, 68, doesn't quite match the number in the back.

The explanation was that the jerseys were made in a hurry which apparently is a habit in Macedonia. The sewer attached wrong sleeves to the jersey. The jersey is made by a Macedonian producer Maksport. The heart in the center isn't just an orientation. Under the heart is a link to cardial surgery website.

The jersey was obtained from private collector from Macedonia.
Return to IIHF jerseys M-R