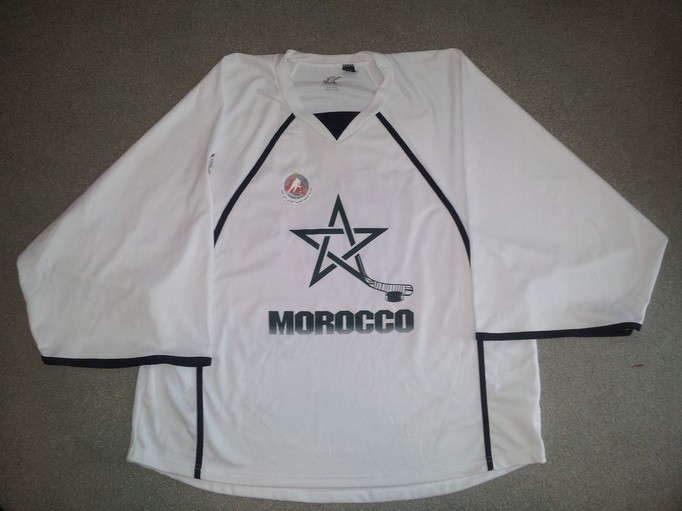 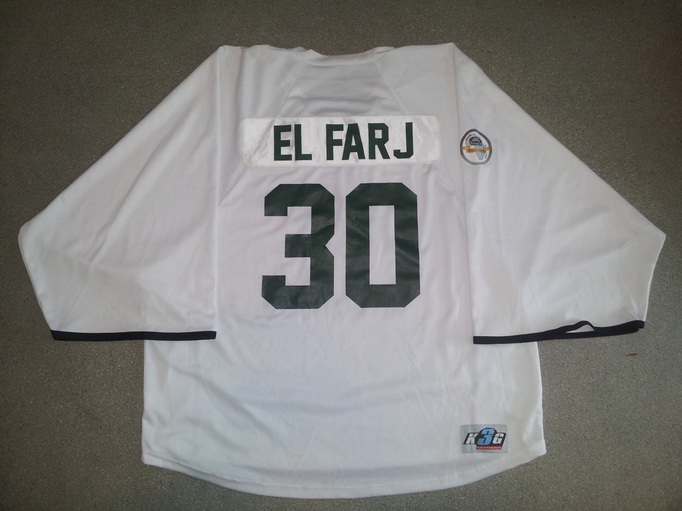 This is an extremely rare Moroccan game worn jersey used in the very first African Ice Hockey Cup held in Rabbat, Morocco July 24-31 2016. The participating teams were club teams from Algeria, Tunisia, Morocco and Egypt. Morocco had three teams in the tournemen, one of them being Casablanca Morocco Mallers, which used white jerseys with green graphics as seen in the picture. This jersey was used by the spokesperson of Moroccan ice hockey, goalie Adil El Farj in their semi-final game against Algerian side Corsaires of Algeris which the Moroccans won 11-8.

The tournament was organised in a much smaller than regular size rink and the games were played 3-on-3 with no game stoppage after a goal or save. You can watch the Youtube video of El Farj's team's semi-final game below.

The jersey was obtained from Mr. El Farj himself. He sold a set of Moroccan game worn jerseys from the tournament in order to fund the players' tournament costs.
Return to IIHF jerseys M-R