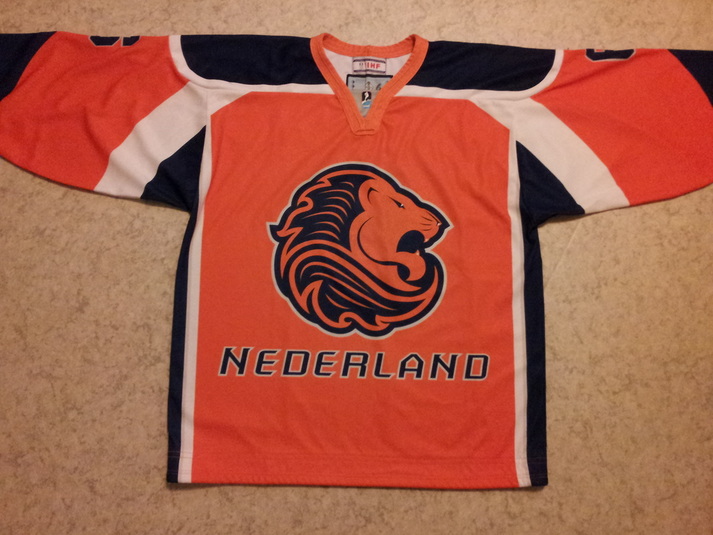 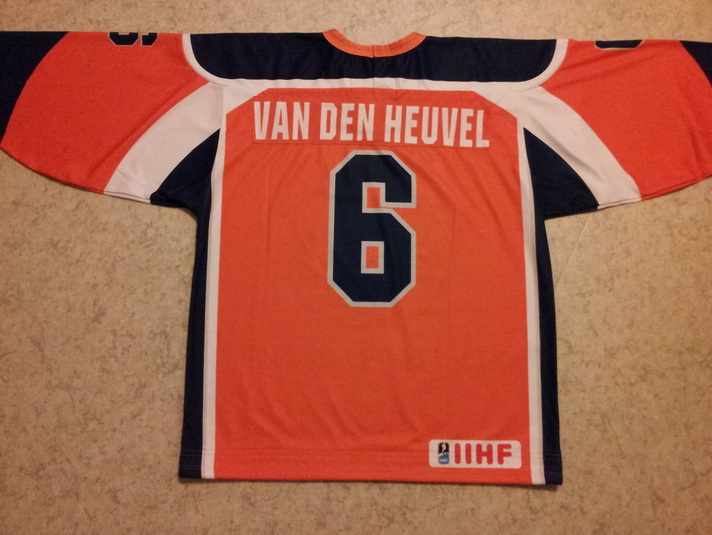 In 2011 the jersey was used against Hungary (L 3-7), Spain (W 8-2) and South Korea (L 3-6). Van den Heuvel scored 2 goals and 3 points in the tournament and ended up to -3. The Netherlands won only Spain in the tournament and finished 4th. Spain was relegated because Japan couldn't participate due to the earthquake in Japan.

Van den Heuvel represented the Dutch senior national team first time in 2007 Div I WC. He has played in two Olympic qualifiers, including both qualification tournaments for 2014 Sotchi Olympic games in Hungary and Germany.

The jersey has good overall wear in the front and in the sleeves. The name plate is sewn with individual letters sublimated. All numbers and crests are sublimated. The jersey is made by Tackla.
Return to IIHF jerseys M-R