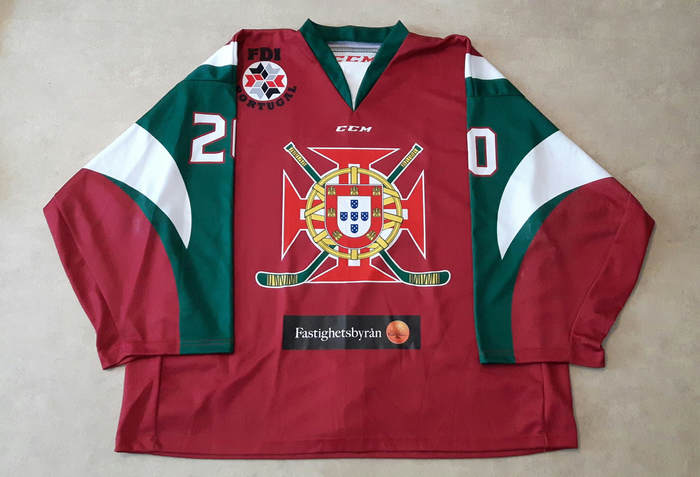 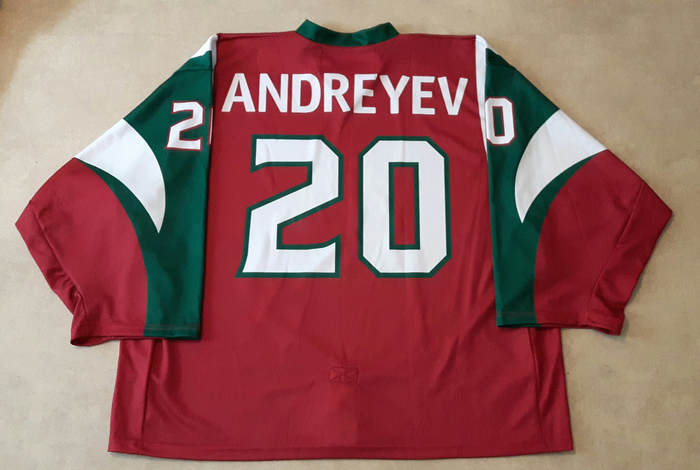 This super rare jersey was worn by goalie Maxim Andreyev in Mr. Taxi Cup in Granada, Spain in May 2018. Other participating 6 teams were club teams mostly from Spain. Portugal used these red jerseys in all games. Portugese national team debuted officially in a four team tournament in a tournament in Andorra between September-October 2017. Other teams were Andorra, Ireland and Morocco.

The jersey has some minor wear with puckmarks and other signs of wear. All graphics are sublimated including the name. The Fastighetsbyrån ad is heat pressed. The jersey has also a fight strap. The jersey is made by CCM.
Return to IIHF jerseys M-R