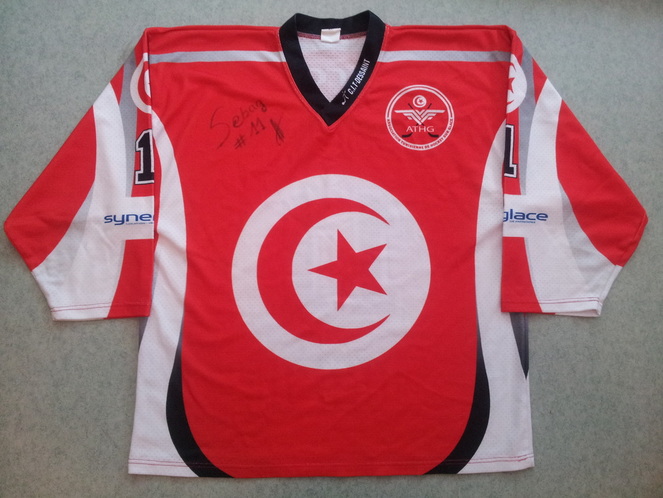 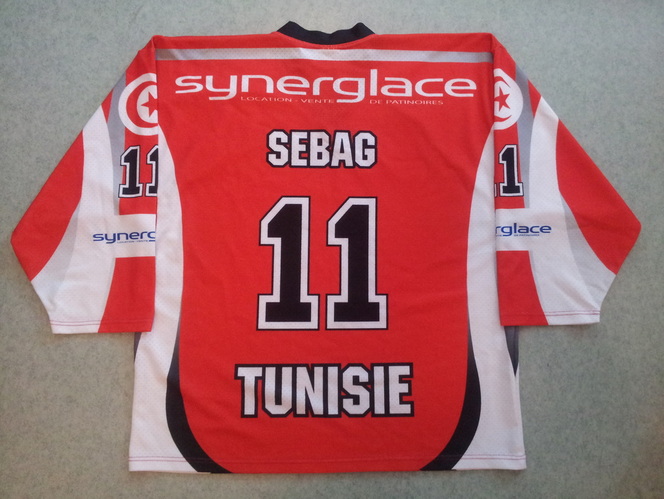 Game worn jersey of Tunisian ice hockey national team used and signed by forward Adrien Sebag in their first game ever. The historic match took place on June 14th 2014 against French club team Coqs de Courbevoie which playes in French Division 1 (2nd tier). The game ended to victory of the French team 6-5 but in this case the final score was not the most important thing. New national team had entered the ice hockey world and next target is first game against other North African national teams, Morocco or Algeria. Tunisian ice hockey association was founded in 2009 but Tunisia is not member of the IIHF.

There's some minor wear on the jersey. It's all sublimated and was purchased directly from the Tunisian ice hockey association.
Return to IIHF jerseys S-Y