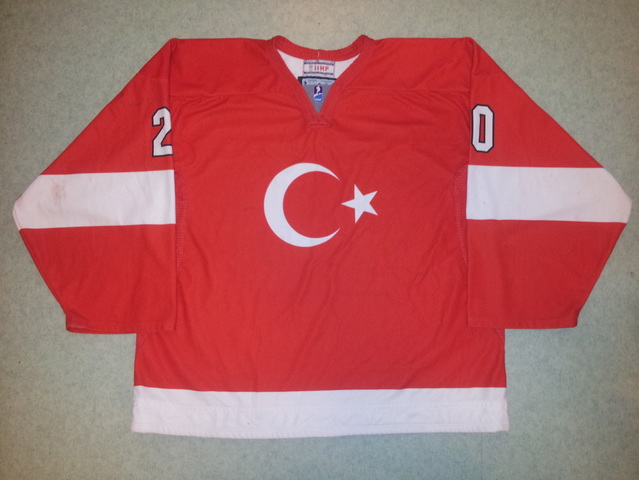 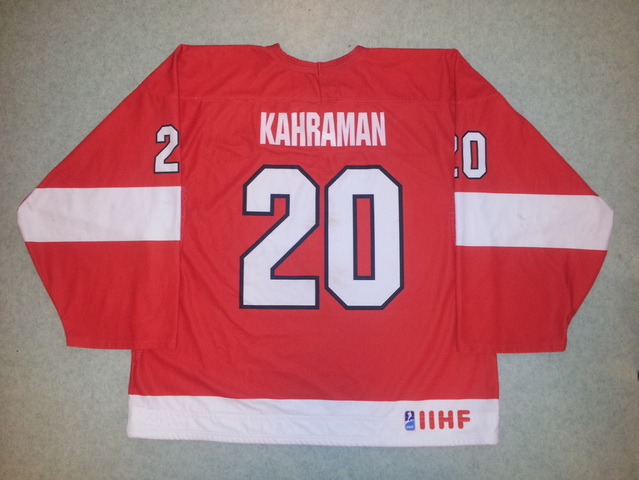 As well as being a solid hockey goalie, Kahraman has also played professional football also a as a goalie in top division of northern Cyprus and when football and hockey seasons collided, he travelled several times every week back and forth to play hockey in Ankara and football in northern Cyprus. In some occasions even to play both sports during the same day if the game days collided. Talk about dedication.

The jersey has some puck marks here and there and shows some decent wear. The letters on the nameplate are heat pressed on a sewn nameplate. All other graphics and numbers are sublimated. The jersey is made by Tackla.
Return to IIHF jerseys S-Y