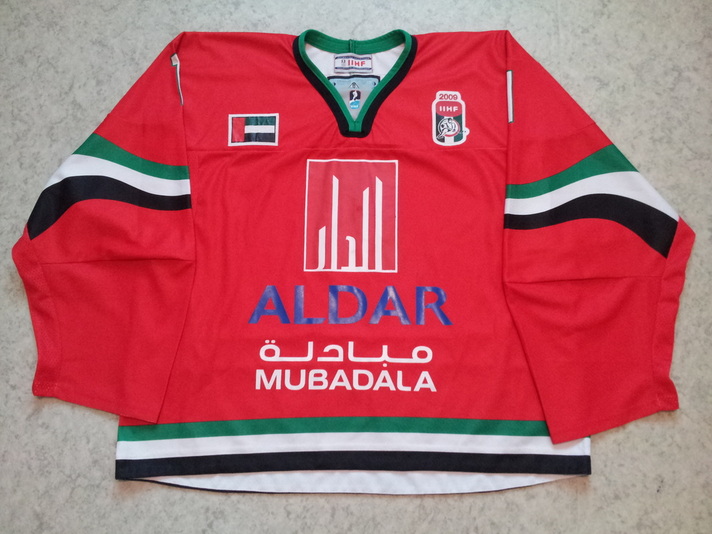 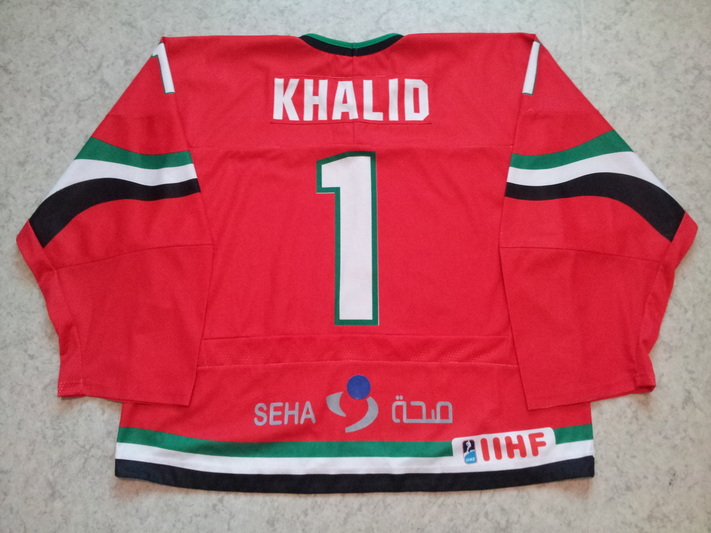 This very rare team United Arab Emirates game worn ice hockey national team jersey was used by goaltender Khaled Al Suwaidi in 2009 Challenge Cup of Asia played in United Arab Emirates. UAE has been member of IIHF since 2001 and they made their first appeareance at international level in 2007 Asia Winter Games. UAE hosted Arab Cup in 2008 but the 2009 Challenge Cup of Asia was the first IIHF sanctioned tournament they participated and hosted.

UAE eventually won the 8 team tournament beating in the preliminary group Macau 7-0, Singapore 4-2 and Hong Kong 5-1. UAE won their group and in the semi-finals they won Malaysia 3-1. In the final game they played against Thailand and won 5-3. UAE played the final game in white jerseys.

The jersey has some puck marks in the front. Untypical to basically all Tackla made national team jerseys, the front crest and sponsor texts in the front and back are heat pressed. The UAE flag, 2009 Challenge Cup of Asia patch and nameplate are sewn onto the jersey. The individual letters of name plate, numbers and IIHF patch are sublimated.

The jersey was obtained from United Arab Emirates via a friend of mine.
Return to IIHF jerseys S-Y