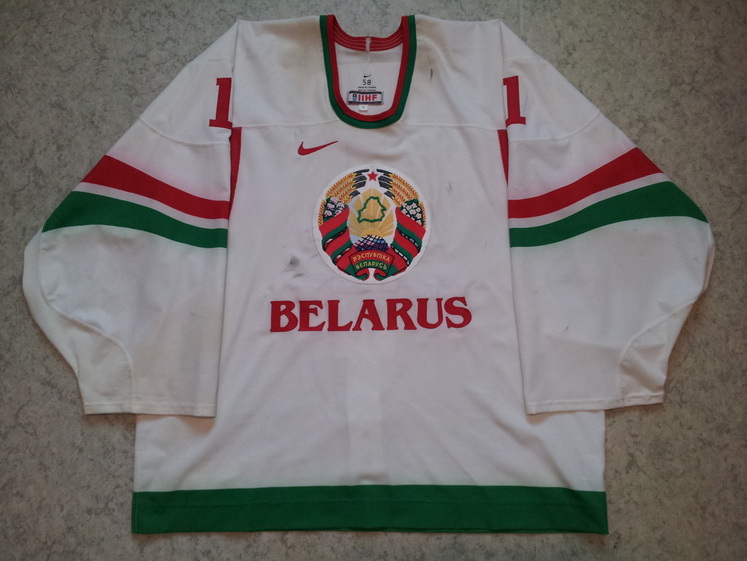 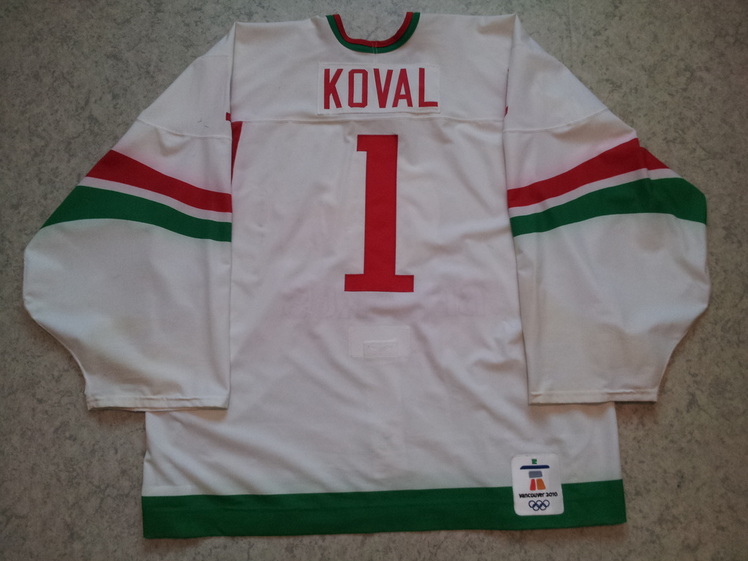 This team Belarus ice hockey national team bench worn jersey was worn by goalie Vitali Koval in 2010 Vancouver olympic games. Vitali was the starting goalkeeper for two games but he wore red jersey in those games. Belarus used white jerseys only against Switzerland and Koval was the backup goalkeeper. The wear consists of puck marks from pre-game warm up. Thus the jersey is bench worn.

All numbers, the front crest and "BELARUS" and the Vancouver 2010 patch are sewn. The jersey is made by Nike. 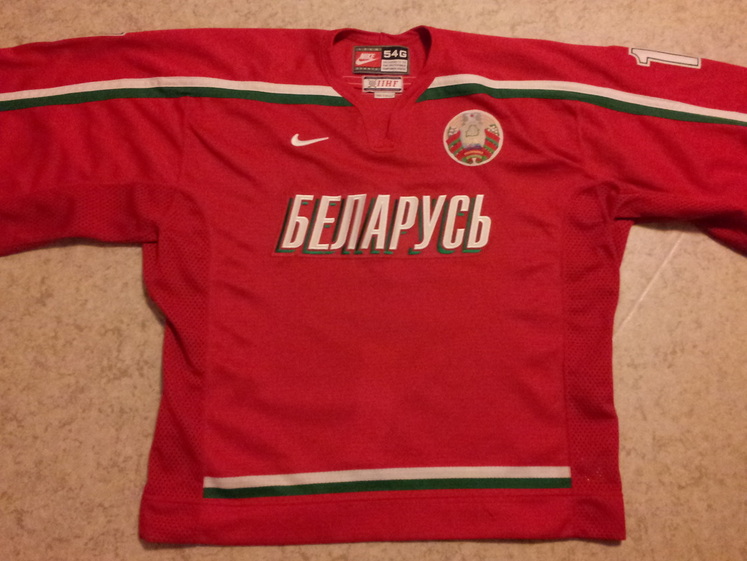 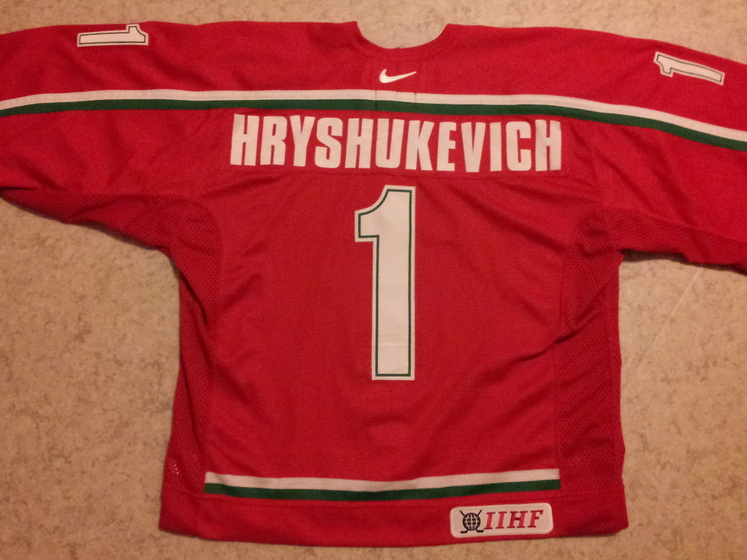 This team Belarus jersey was worn by/issued to senior national team goalkeeper Leonid Hryshukevich (or Grishukevich.) He was the 3rd goalie for Belarus in 2003 World Championships in Finland but according to the roster his number should be 33. He was goalkeeper for Belarus in 2002 Div I WC but his name in the roster is Grishukevich and his number is 30. He dressed for 1 game so it can't be from that tournament. There aren't signs of another name plate.

Belarus wore this type of jerseys in 2002-2005 World Championships and the two tournaments mentioned are the only tournaments in which he have been chosen to the team. There is hardly any wear on the jersey.

The sides, armpits and underarm parts are mesh and other jersey is knit. The name plate is sewn and individual letters are heat pressed. The numbers, IIHF patch and crests on the front side are sewn onto the jersey. The jersey is made by Nike.
Return to IIHF jerseys A-D