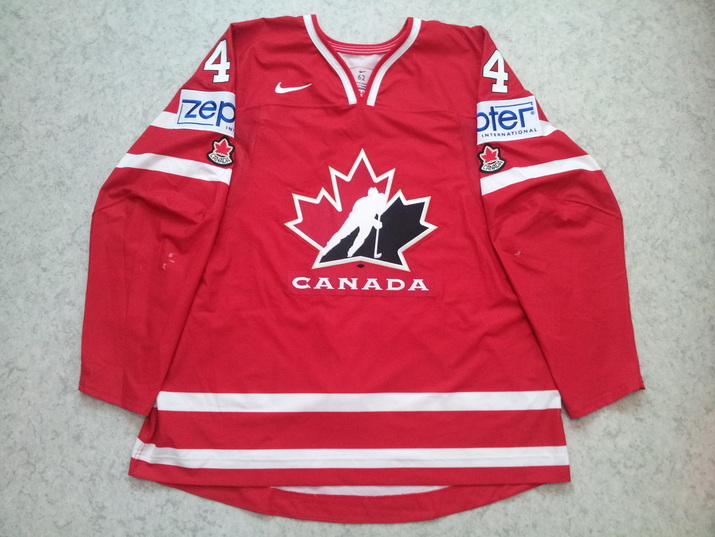 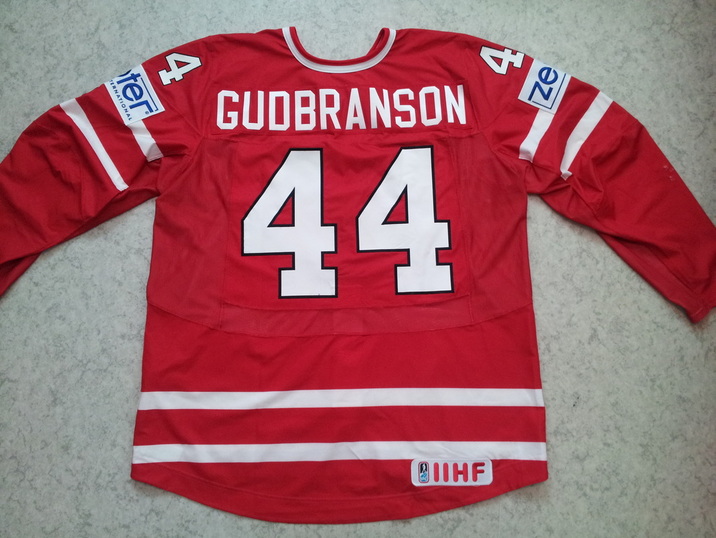 This team Canada ice hockey national team jersey was worn by defenceman Erik Gudbranson at the 2014 World Championships in Minsk, Belarus. The jersey was used in two preliminary round games: 10th May vs Slovakia (W 4-1) and 12th May vs Czech Republic (W 4-3). Gudbranson collected 2 penalty minutes and +1 in those two games. Canada got eliminated in the first playoff round after losing 2-3 to Finland.

All numbers, sponsorship patches, crests and the IIHF patch are sewn onto the jersey. The name plate is sewn with individual letters heat pressed onto it. There are some visible holes in the sleeves and some narrow puck marks in shoulders. The jersey is made by Nike.
Return to IIHF jerseys A-D