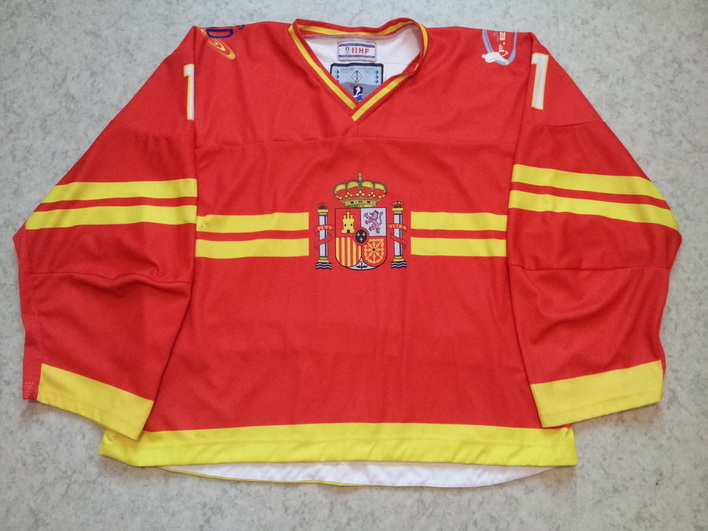 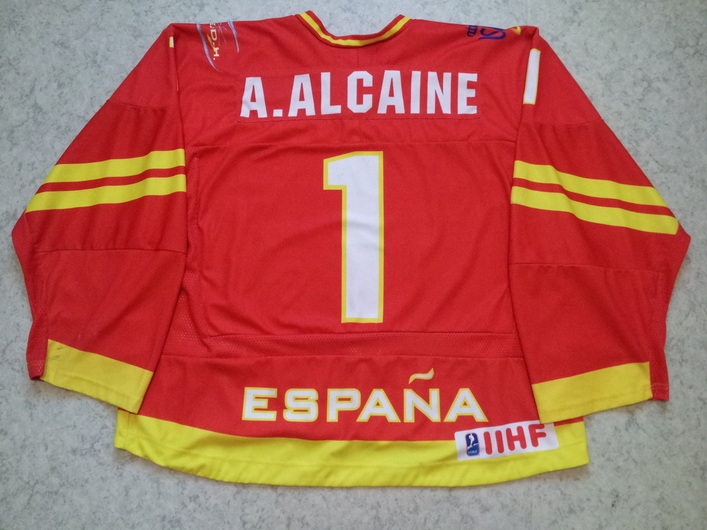 He represented Spanish national team for the first time in 2006 U-18 Div II World Championships but it didn't go so well for Alcaine and Spain. Spain managed to win only one game and ended up tieing with Serbia-Montenegro but they were relegated for much worse goal difference, -24 against -11. Alcaine played only 28 minutes in two different games but he allowed 4 goals on 10 shots.

He have made huge progress since those days and in 2011 he represented also Spanish U-20 team in Div II World Championships in Estonia. Alcaine played all 5 games and ended up 3rd in goalie stats with SVS% 92,27.

Prior to that he was goaltending in 2011 Winter Universiades. The opponents were Kazakhstan, Slovakia and USA but Spain managed to keep the scores quite reasonable the goal difference being 2-14. Alcaine can be best remembered for his efforts against Kazakhstan. Alcaine made incredible 65 saves and Spain lost only 0-2. The 2nd goal was an empty netter so Alcaine made 65/66 saves.

In 2011 Alcaine made himself yet again hero for Spain when he kept Italy away from ugly scores by making 58 saves allowing only 2 goals behind him. Spain lost 0-2 and could produce only 8 shots on Italy's goal. Alcaine made those saves with that exact jersey. The jersey was also worn when Hungary beat Spain in front of the home crowd 13-1. Spain lost to the Netherlands 8-2 but in the final game Alcaine gave Spain consolation points after making 57 saves in Winning Shot Competition win 3-2 over Korea. Unfortunately it didn't help Spain to avoid relegation to Division II. Despite some ugly scores Alcaine's SVS% was respectable 91,13.

One year later in Division II group A in Iceland Alcaine showed his greatness when he stopped almost everything possible in their first game against Croatia which was probably the biggest favour to win the tournament. Alcaine made 40 saves when Spain managed to take 3-2 victory scoring the game winner only 3 seconds before the end of 3rd. Alcaine used this jersey in Spain's two final games, in 4-2 victory over Serbia and in 3-5 loss in the promotion decicive game against Estonia. Alcaine made remarkable 59 saves in the game.

Alcaine recorded incredible SVS% 95,16 including two shutouts. The tournament directorate selected him as the best goalkeeper in the tournament. There were absolutely no other option for that.

Later in summer 2012 he joined the try-out camp of Toronto Maple Leafs. He couldn't make a contract to North America so he came back to play in Spain.

All numbers, crests and the IIHF patch are sublimated. The jersey is made by Tackla.

The jersey was recieved personally from Mr. Alcaine only few moments after the final game against Estonia.
Return to IIHF jerseys S-Y